“To be honest with you, I had pretty much given up on everything … I just didn’t care.”

That’s how Jeff Richards once described his mindset, due in large part to his level of health and fitness.

But that was before he started having heart issues, which convinced him to take his wife Kerri’s advice and and take back control.

And that’s exactly what Jeff did when he entered my 45 Day Buns & Guns Challenge in 2019.

It wasn’t easy at first. The program was a big lifestyle change, and he was battling injuries – a torn rotator cuff and metal plate in his right leg from a previously fractured femur  – that severely limited what he was able to do for the first few weeks of the Challenge.

But Jeff committed to following the nutrition plan exactly as it was laid out, and gradually started to push himself more and more during his workouts as the weeks went on.

By the end of the 45 days, Jeff had lost seven inches off his waistline, four inches off his hips and another two inches off his legs – while gaining an inch on his arms! It wasn’t just about the weight loss for Jeff, though – it was about so much more than the number on the scale.

“I was getting to be a blob that just wanted to sit around and I couldn’t do the things I wanted to do,” he says. “And I changed that. And I’m really happy that I did.”

I am so proud of both Jeff and his wife Kerri, who has been doing my Challenges since my very first 30 Day Transformation Challenge in 2016!

Jeff’s attitude in this interview and the email I received from Kerri after the Challenge mean so much to me. It’s things like this that remind me why I love what I do so much, and how grateful I am to all of you who put your trust in me and my programs.

Click the graphic below to find out more about this year’s Buns & Guns Challenge, and check out Jeff’s inspiring interview to see how he did it – along with some of his super-helpful tips for anyone hoping to make a positive change in their lives! 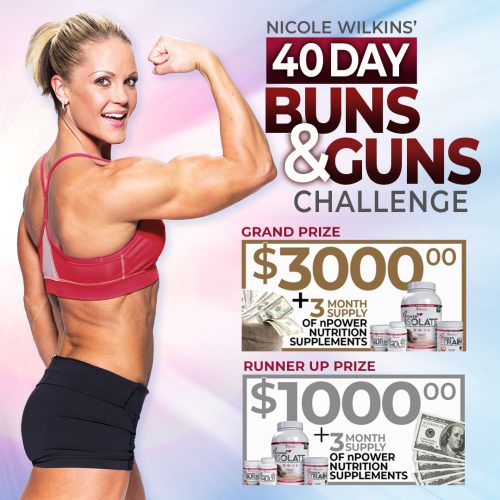 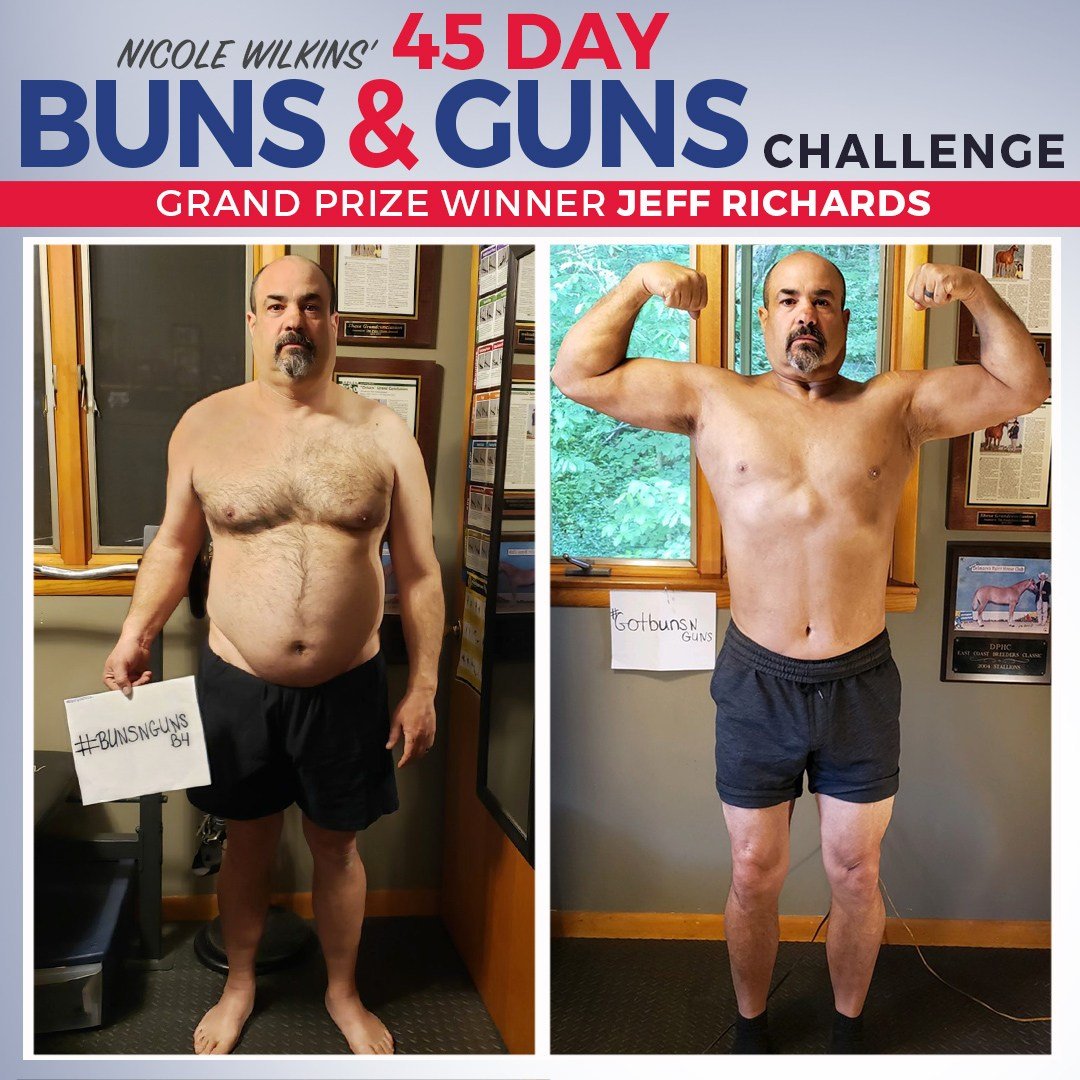 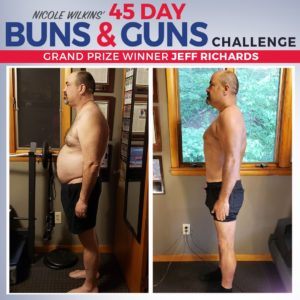 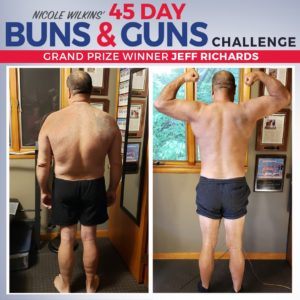 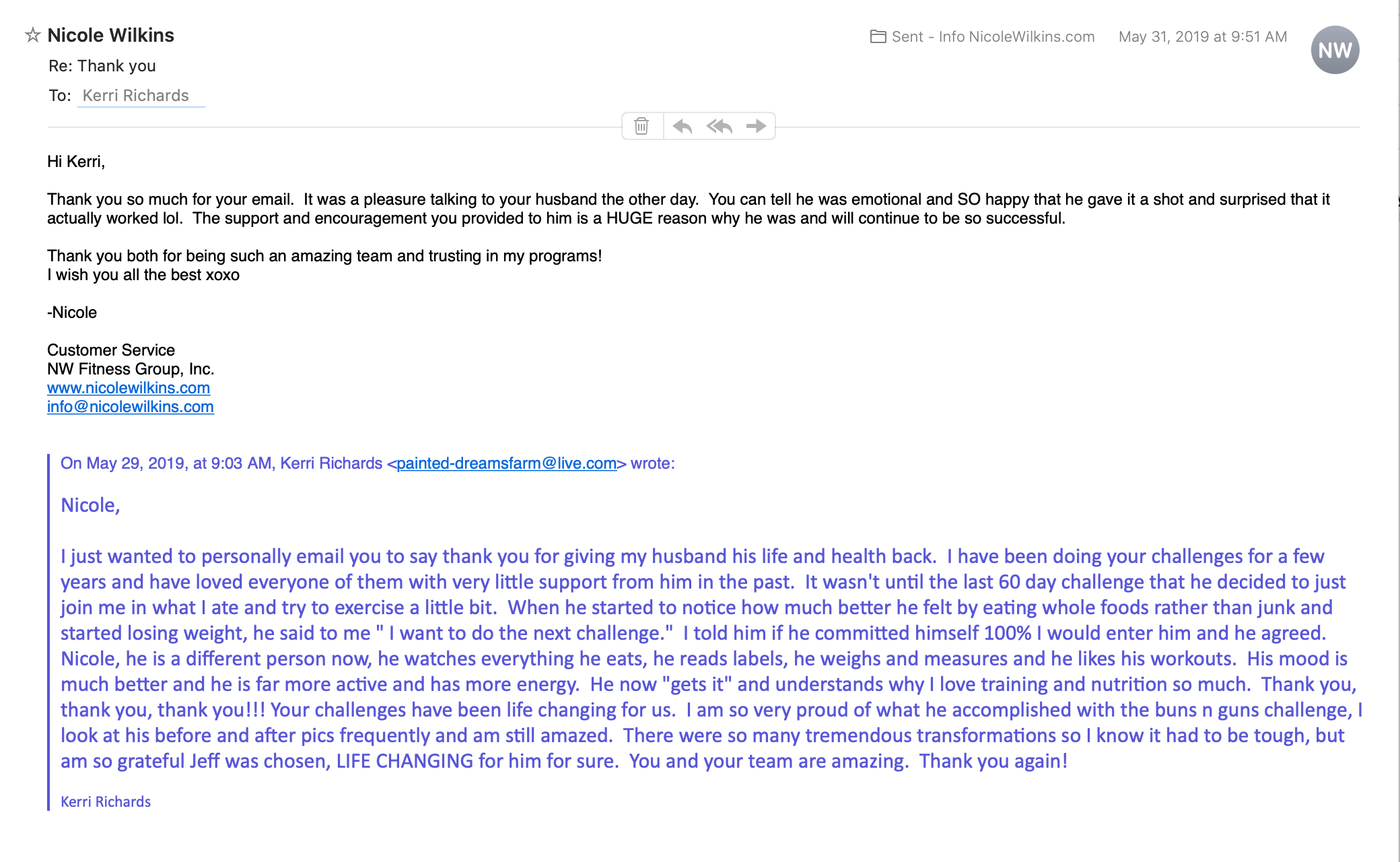