“I would do a show and put on like 40 pounds after and I would be so restricted for so long. I don’t feel that way now. It’s been three weeks since the end of it and I’m still on the plan and feeling great.”

That’s what Amy Lang told me when I interviewed her, after she was announced the Grand Prize of my 2019 Summer Shred Challenge.

Amy had an INCREDIBLE transformation, losing nearly 20 pounds and 17 total inches. You know what else? She followed the entire Summer Shred Challenge from home!

“I followed everything as written, I worked out fully at home too,” Amy says. “Especially as a Mom it’s easier for me to get out to my garage and do it.”

Amy got started with fitness in her early 20s, got back into it in her 30s after having her second daughter and decided to compete in a few figure competitions.

But she fell into the habit of yo-yo dieting for a few years that so many of us have experienced, and found herself looking for a way to get back what she lost.

“I let myself slip back into old habits and put on a bunch of weight,” Amy says. “Then I decided to join your challenge to hopefully try to change my life back around.”

“Your plan was just amazing I followed exactly to the T and it worked.”

Check out my interview with Amy to see how she did it, then check out how to enter this year’s Summer Shred Challenge. Signups end tomorrow night (Sunday) so time is running out to enter! 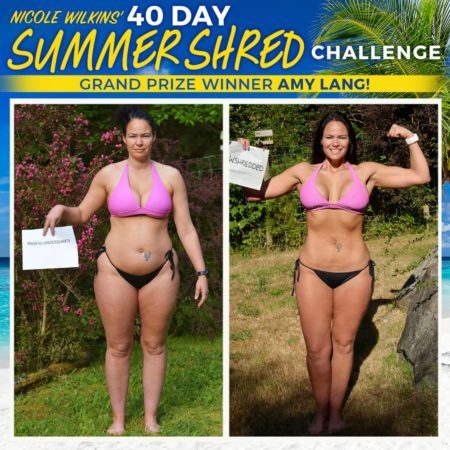 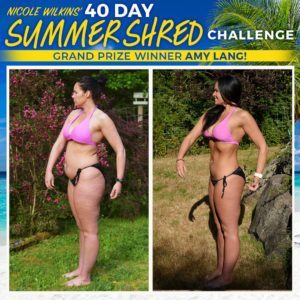 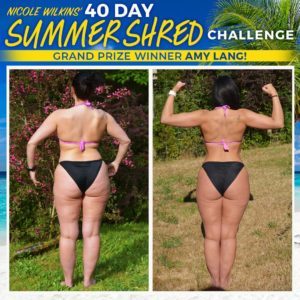 Not entered in the 30 Day Summer Shred Challenge? Click the graphic below for more info!